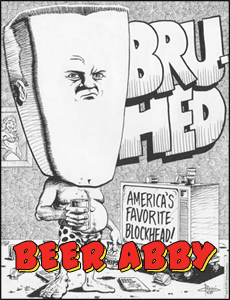 Again I say, holy monkey crap! It's been a full year of "Beer Abby"! Fifty-two weeks, twelve months of fun, facts, advice and angry rants for you readers! Seems like we were just celebrating my 50th column a couple weeks ago, don’t it? Congrats to me again. And you, for reading me! It’s been the best year of my life. Well, more like 52nd best.

How about you? How have I changed your miserable life for the better? Have you gotten married (or better yet, laid) as a result of my advice? Have you landed a less crappy job? Have you cut down on the drugs, booze, hookers, gambling, or collecting worthless comics because of my tough love? TELL ME! Post a friggin’ comment or send me one. I’m in a vacuum here, and it’s all dusty and stinky. I think it’s an old Kirby. (I like old Kirby, but the kind that tells stories, not the kind that sucks.)

After this, I think I’ll take some time off to relax, recover, recuperate and rejuvenate. How much? I’ll let ya know.

For now, let's get to the latest crop of crap--err, I mean questions:

Beer Abby:
Happy anniversary! I noticed that this is your 52nd column.

Did you know that 5 + 2 equals 7, the number seven wins (and loses) at craps, 777 is in the Bible and mythology and metaphysics, seven is the number worn by John Elway, Joe Theisman, Ben Roethlisberger and Michael Vick (who killed at least seven dogs), and that there are seven days in a week, seven Wonders of the World, Seven Samurai, Seven Dwarves, Seven Deadly Sins, seven continents, seven seas, seven signs of the Apocalypse, seven cities of gold, seven ages of man, seven days of creation, seven pounds of flesh, seven hills of Rome, Seven Brides for Seven Brothers, a seventh son of a seventh son, a Seven Sons Meat Company, several Seven Salons, a Seven-Year Itch, a seven-ounce giant Hershey’s Kiss, and is part of 7-11 that sells 7-Up, seven-grain Kashi cereal, seven-ounce bags of Jolly Ranchers, and a movie named Se7en?

Did you also know that 5 x 2 equals ten, and ten times five equals 50, which is the milestone you reached two weeks ago? And that there are 50 states in the USA, 50 is a golden anniversary and that old comics are called the Golden Age, 10 letters in “Apocalypse” (of which there are SEVEN signs) and that 10 plus 1 equals 11, which wins (and loses) at craps, and is part of 7-11 that sells 7-Up, seven-grain Kashi cereal, seven-ounce bags of Jolly Ranchers, and a movie named Se7en?

And did you also know that there are 52 weeks in a year, 52 contestants for Miss America, 52 cards in a deck, which is used in casinos where they also play craps, where the numbers 7 and 11 can win (or lose) and that both are part of 7-11 that sells 7-Up, seven-grain Kashi cereal, seven-ounce bags of Jolly Ranchers, and a movie named Se7en??

Dear Svenson:
No, I didn’t know that. Thanks for sucking up all the room in my column!

Well, that does it for now. See you in seven days…maybe!


DISCLAIMER: Bru-Hed is not a licensed numerologist, nor can he spell or pronounce it. No advice is given or implied unless it makes us $7. All information herein is meant for entertainment and mathematical purposes only. Any material sent to us becomes the property of Schism Comics and All Ages Media, and will be considered for publication. No guarantees unless you send a copy of DARING MYSTERY COMICS #7 or the seven-issue mini-series of S.H.I.E.L.D. We reserve the right to edit all letters for space and humor, and insert any of the latter if your IQ is 77. Bru-Hed created by Mike Pascale. Artwork by M.P. and/or Dean Armstrong. Nothing may be reproduced in any way by you or seven of your friends. Contents copyright 2012 All Ages Media/Mike Pascale. "Bru-Hed", "America’s Favorite Blockhead" and all likenesses thereof are trademarks of Schism Comics/All Ages Media. Thanks for the fun! 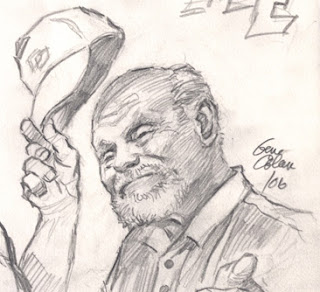 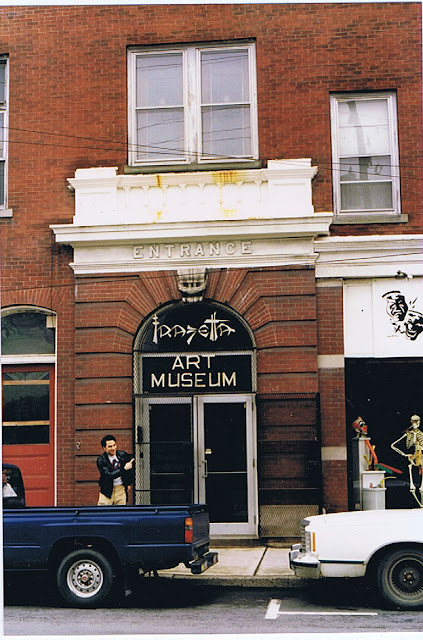 Written content and museum photos ©2014 Mike Pascale. Artwork and personal photos © Frank Frazetta and/or their respective owners.Welcome back. To refresh: it’s over a couple decades ago, and my friend and former classmate, future cover-artist Dean Armstrong, and I have driven from Michigan to Pennsylvania during a weekend to the Frank Frazetta Museum. We met Mrs. Ellie Frazetta who had asked us to bring in our work.


After lugging our heavy portfolios back up the stairs (hoping but trying not to believe we’d get to meet the master), we spent several more minutes standing around enjoying and luxuriating in the aesthetic glory surrounding us.

This repeated a few times until they came over to us and Ellie indeed introduced us to her husband. He held out his hand and said, “Hi, I’m Frank.”As far as we fanboys were concerned, he might… 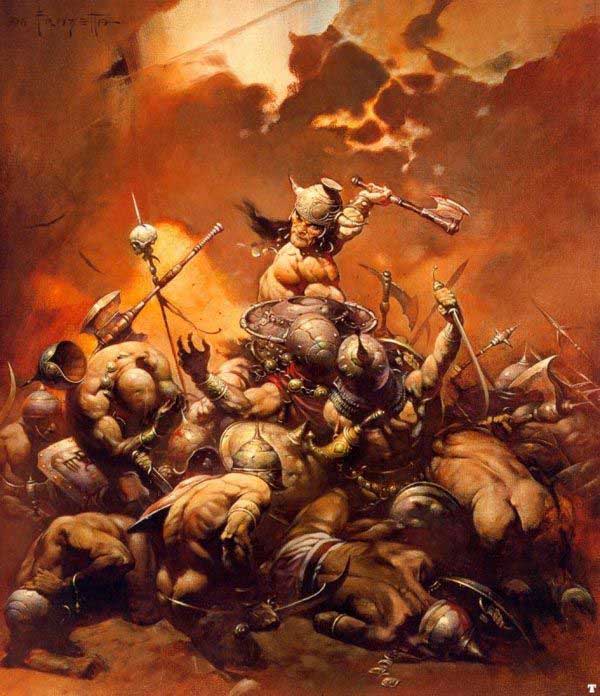